Ray Lewis is a cold-hearted terminator

If you haven’t heard, tomorrow is the Super Bowl of the NFL.  The Baltimore Ravens are playing the San Francisco 49ers. It’s a big deal here in America, but I could care less. Football is so boring and violent! I do like the commercials though. And a Super Bowl party is still a party and a great chance to meet guys!

A lot of people have been talking about one Ravens player, Ray Lewis. Even though he was born human, he’s replaced almost every part of his body with a terminator piece. He says it makes him a better football player. Sure, but it’s totally illegal to have ALL terminator parts working on full capacity! People still love him, for some reason, even though he cheats.

The terminator community tries to distance themselves from him. See, a while ago, Lewis was accused of double homicide.  He said two friends did it, even though all the evidence pointed to him.  No one was convicted of the crime.  Lewis did have to pay millions to the families of the victims. He really gives all terminators a bad name since only a few commit murders anymore.

The Washington Post wrote a great article about all this, and luckily they didn’t mention he’s a terminator. You can read it HERE:

Here are a few pictures of the killer terminator. 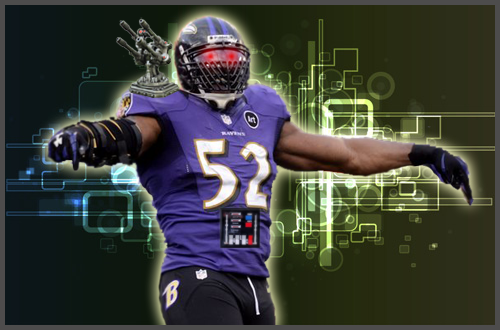 Lewis recently replaced his left arm with a newer terminator arm. His old one rusted and cracked from metal fatigue. 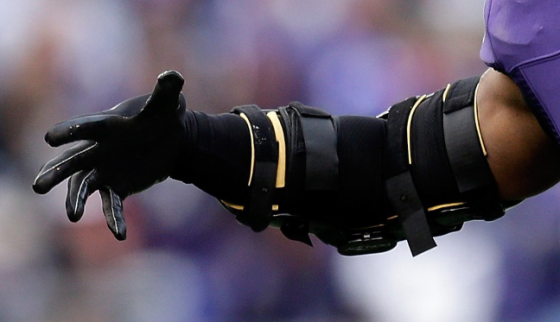 He’s had to wear this special mask to protect his new super-expensive terminator parts—his metal teeth. We have NO idea why he wanted terminator teeth. They’re totally a waste of money. He only got them to look cool, but I think he looks like an idiot.

Here’s an illustration of his new terminator arm.

Via CyberToaster on Deviant Art

Who are you rooting for in the Super Bowl? Can you guess other alien, terminator and alien-terminator-human players?