Bizarre fashion based on my peeps

I’m really into fashion, as you know. But Iris van Herpen’s outfits actually freak me out! Fashion should not be scary.

She created a synthetic material based on alien skin. She’s actually trying to get the product patented. I think it’s called Alienata. She cut the material in strips and pieced them together. I’m just glad she didn’t use REAL alien skin. That would be gross!! 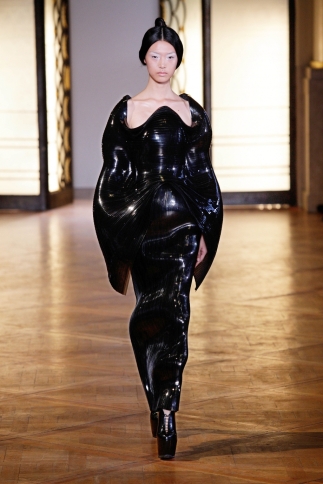 Do you remember the T-1000, the liquid metal villain in Terminator 2?

Well, that character influenced this outfit for sure.

Here’s another view of it: 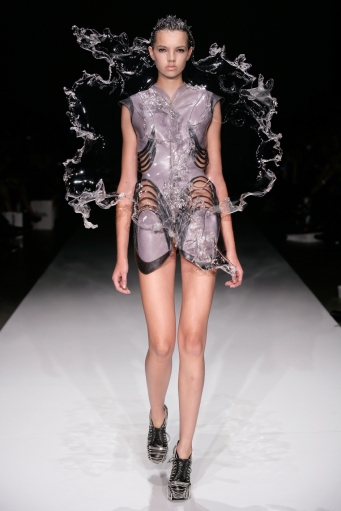 It’s trying to be some kind of liquid for some reason. No clue how she did this. Could you imagine how many people you would hit trying to walk down the street? Think about an alien wearing this! Our long heads already smack everyone in the face.

She also created a mask based on alien skeletons.

Gotta give her credit for being creative, right?