Got a dress for Lisa’s sweet sixteen party

The party is June 30th and I finally found a beautiful AND affordable outfit.

I drove to the mall with Hal, trying to get as much practice before my driving test. And get this—Nana Ellen Ripley wanted to come too! I was terrified she would be totally critical about everything.  Can I tell you she was super sweet and told me how great I looked in every dress? I could not believe it!

It came down to two very different Calvin Klein dresses.  One formal dress for $150: 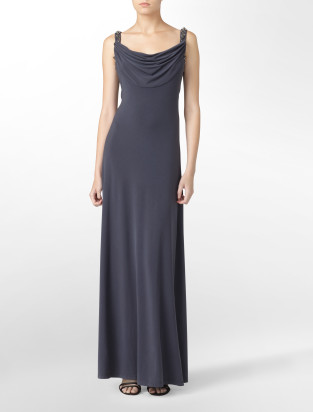 And an adorable shorter sheath dress for $75:

I was torn between them.  But you will NOT believe this—Nana bought both of them for me!!  She was a totally different person today. Maybe someone in the nursing home drugged her or something.

Then she told me the bombshell—an agent asked her to model when she was in her 20’s! I almost lost it.  Why didn’t she ever tell me this? She knew I wanted to be a model and designer!  We ended up talking for almost an hour about the modeling industry. She kept saying I shouldn’t get involved because it was such a racket.

I asked who her agent was, but she couldn’t remember his name. I asked to see her headshots, but she never had any!  This random guy just came up to her in space training and signed up a lot of female astronauts.  Unbelievable. She didn’t even have to try!

I thanked her over and over for the dresses, and she hugged me. She had never hugged me before!! I guess there’s a first time for everything, right?