Grandpa was finally released from the hospital today. The virus hit his CPU worse than we thought.  The doctors had to reboot him three times which can be tricky with older terminators.

Apparently, some Mac terminators in New York and Connecticut still can’t shake the virus. IT doctors think some local networks are still infected. Hopefully, everyone should be fine soon.

We’re so thankful to have Grandpa home today. And I dedicate these cartoons to him. They were based on the film character played by Arnold Schwarzenegger, not Grandpa who is African-American.

Both drawings are by Timothy Lim who is super talented.

Check out more of his work at NinjaInk at Deviant Art http://ninjaink.deviantart.com/ 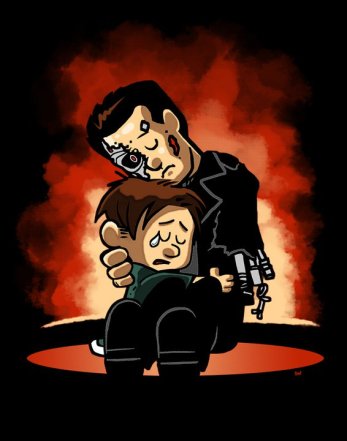